Natalia Lazarus, a woman for all seasons, is a talented, captivating and alluring International Actor, Stage Producer, Director and Acting Coach with over 30 years in the Entertainment Industry. She is Syd Field’s “docent” and one of the few in the world authorized to teach his screenwriting technique. Natalia was privileged to have studied with Syd for 6 years.

Natalia Lazarus is the Artistic Director at the helm of The Promenade Playhouse and the CEO/Founder of the prestigious and highly revered Los Angeles Performing Arts Conservatory in Santa Monica, CA which celebrated its 25th Anniversary Year in 2021. Since 1996 the LAPAC has offered numerous programs – Acting, Screenwriting, Directing, Filmmaking and Personal Growth technique that she created and developed. In continuing its celebratory year, the LAPAC was also granted full accreditation by the National Association of Schools of Theatre (N.A.S.T.), a fete more than 5 years in the making. Lazarus, a woman with artistic, creative and international flair, is currently exploring a new chapter in her extensive career as an author. Set for a February 14th, 2022 release, Natalia’s Debut book is an Autobiographical Love Story in Verse entitled My Love Affair: Thorns & Roses published by Central Park South Publishing. Delving into this new creative outlet with fervor, the book captures Natalia’s authentic emotions which are rooted from a whirlwind romance. The book will be released in English & French complimenting Natalia’s multi-lingual skills. (She speaks French, Spanish, Italian and English fluently.)

Natalia’s most recent Stage work was directing and starring in Jeffery Hatcher’s A Picasso, where she performed to SRO audiences in Paris, France and Los Angeles, CA. The play is set in Paris -1941, when the city was under Nazi occupation. Natalia plays Mademoiselle Fischer, a Nazi cultural officer who captures Picasso and needs him to authenticate three of his works which have been “confiscated” by the Germans from their Jewish owners, to be included in a “degenerate art show” curated by Joseph Goebbels. She received glowing reviews for her portrayal of Mlle. Fisher. 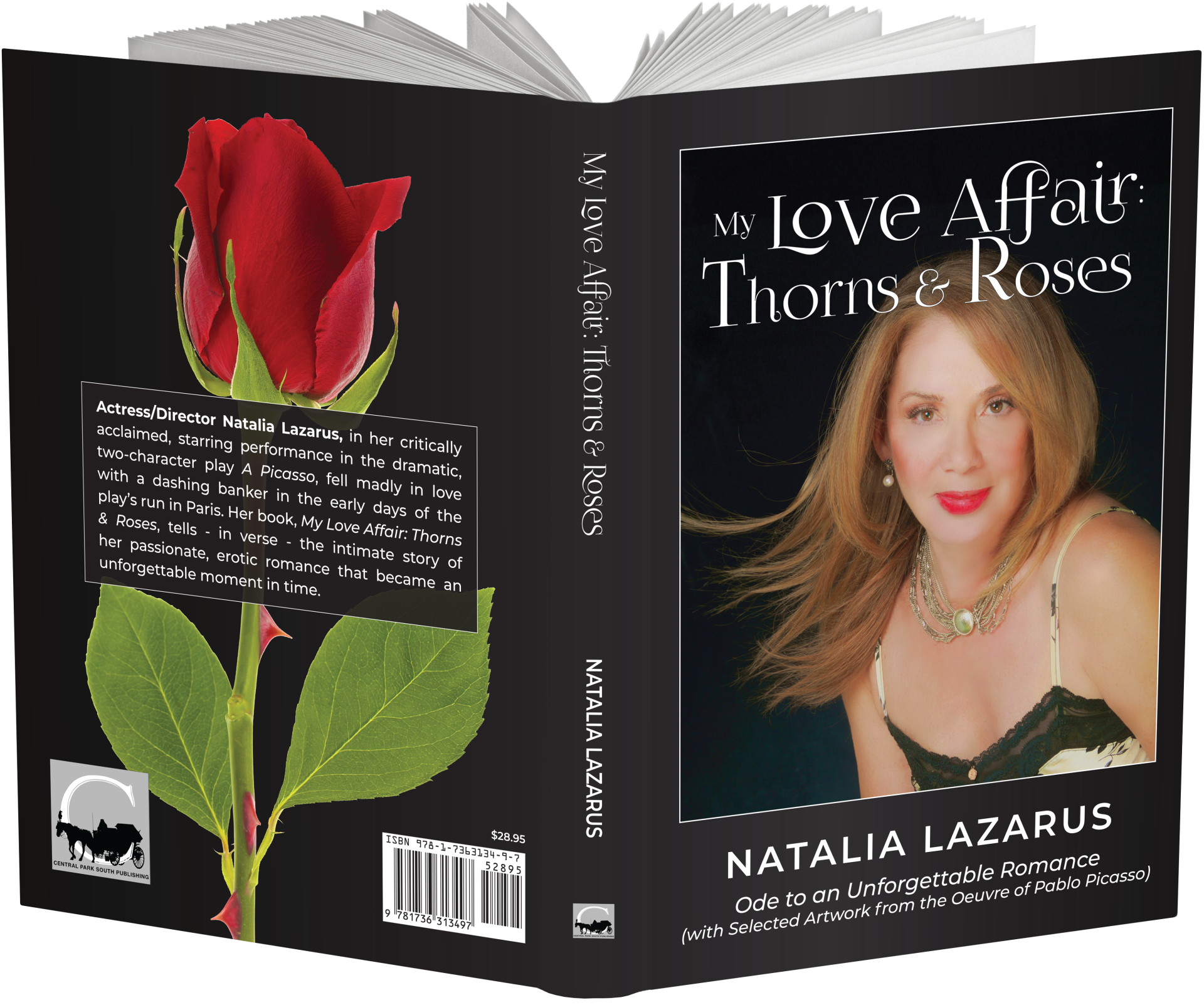 With co-star, Charles Fathy in A Picasso production in Los Angeles 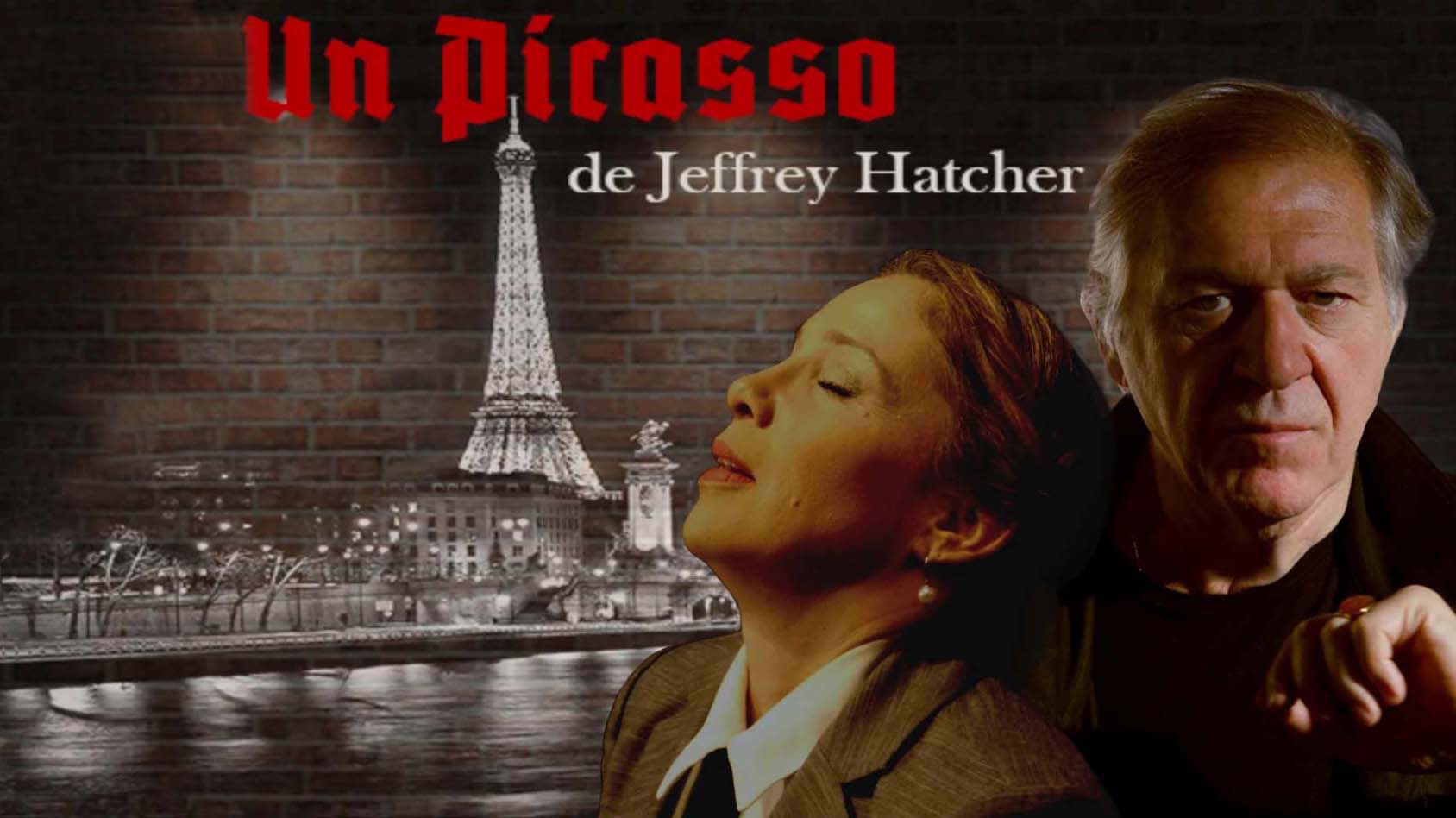 A Picasso poster, from a production in France

Natalia’s other Stage works include The Dreamer Examines His Pillow, The Runner Stumbles, Frida Kahlo, Malcolm & Teresa, Chilean Holiday, Not the Fifth the Ninth! Film: Across the Line, Hanging With the Homeboys, Portrait of a Puerto Rican, Touchstone, Maria Cristina, Side Bets, Love It Is.

Natalia has starred in several soap operas, over 22 commercials including Anheiser Busch, Bank of America, Dodge, Coca Cola, Texaco, Mitsubishi, McDonalds, Gerber’s, Smirnoff Vodka, Family Dollar, and SIRIUS|XM Radio including being the voice for Estee Lauder among others.

Currently, Natalia’s passions include not only being in front of the camera but returning to film and television from behind the camera, creating character driven dramas with international story lines that combine history, theatre, poetry, art, and above all, a sense of risk and “je ne sais quoi”, transposed into an auteur’s cinematic vision.

Born in Tegucigalpa, Honduras – Natalia has devoted her life to the craft of Acting, Directing and Filmmaking since the age of 14. Starting on the New York stage, Natalia has acted, directed, and produced more than 35 stage plays.

Ms. Lazarus is a graduate of the Sorbonne University in Paris, France, the American Academy of Dramatic Arts in New York City, the Film Program at New York University; with adjacent studies at the University of London, The British Film Institute and the Ned Herrmann Brain Dominance Center.

She currently resides in Los Angeles, CA where she dreamed of walking the Malibu beaches since she was 14 years old.