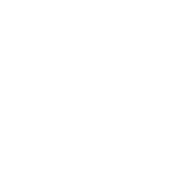 Actor, Director, Stage Producer Natalia Lazarus has been set to Star as Mrs. Kempler in playwright Allan Havis‘ MOROCCO on ZOOM starting January 23rd through 24th at 7pm PT during a limited performance weekend announced today by the Topanga Actor’s Company. Lazarus currently Artistic Director and CEO of The Los Angeles Performing Arts Conservatory will be joining the Topanga Actor’s Company in the Production.

Lazarus stated, “I am delighted to be part of the Morocco cast. I absolutely love the role. It’s a first to be cast as half Arab and half Spanish. I am absolutely loving the accent the director has requested for the role. Moreover, I am terribly flattered and excited to have been cast as an alluring, mysterious and beautiful woman.”

​The MOROCCO play, hailed by the New York Times as “.. a comedy menace…” is part psychological thriller, part political drama and presents audiences with a clash of cultures and an unexpected plot twist – in under 90 minutes.

Directed by Stephen Hoye, MOROCCO tells the story of a New York architect who is on a prestigious contract in Fez, Morocco. His wife has mysteriously disappeared. As he confronts local authorities, he is amazed at what he discovers.

Natalia, daughter of a diplomat and psychologist is a talented, alluring and contemporary woman with international flair and multi-lingual skills (Spanish, French, Italian and English). She was educated around the world from Sorbonne University in Paris, NYU, American Academy of Dramatic Arts, The University of London and The British Film Institute.

Natalia has devoted her life to participating in the seven lively arts. To that end she has acted, directed and produced more than 35 stage productions and numerous Television guest starring appearances. She has appeared in over 22 commercials which resulted in her being the voice for Estee Lauder. This auspicious passion culminated in her founding the LAPAC in 1996.

“ROE” at the Santa Monica Playhouse